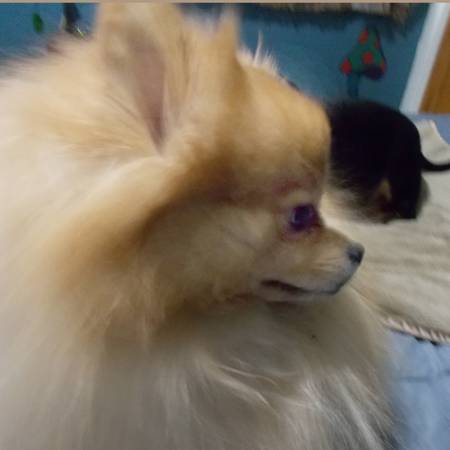 STILL MISSING *** POMERANIAN *** NEEDS HIS MEDICATION 9/4/14
***We received a tip that Tate was seen Friday night 9/5/14 running down Genesee at George Urban being followed by a Red Truck.

He Escaped or was taken from yard on Genesee St between Harlem and Pineridge w/o his collar. "TATE" is our little boy. He's 3 yrs old and 14 lbs. Tan/Beige in color. His fur in in-between groomings so it is medium in length. He has a micro chip and has "N" tattooed in his ear. He has a condition known as Collapsing Trachea and his breathing is labored. When you pet him it sounds like he is growling and being aggressive but he isn't. It's just how he has always been. PLEASE help bring our little boy home. Call or text 716-906-7135 or 716-563-2577

Similar topics
» my squash are missing!!
» what am I missing?
» Tesco Reward Vouchers
» Hello from Newville, PA
» i hate mieces to pieces!